I knew we Tucsonans are pretty proud of our fun little city, but there is a whole gay world out there full of amazing people and we should know a little about their lives.  With that in mind, I present to you the Gay News section; a few of my favorite news sources talking about Gay News and Events around the world.  Check back regularly for constantly updated news and information that truly matters. 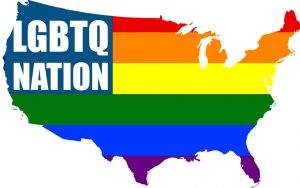 The Most Followed LGBTQ News Source

The knives aren’t the only thing coming out in “Glass Onion”
A dreamy leading man appears as detective Benoit Blanc’s partner in the "Knives Out" sequel.
Wisconsin school board member sues over new sex-ed curriculum
Moms for Liberty and Gays Against Groomers have made the tiny school district a focus of their national efforts protesting against the "sexualization and indoctrination of children."
Club Q shooter charged with 305 counts, including murder & hate crimes
The prosecutor said the number of charges shows how seriously they're taking the case.
Russian libraries remove LGBTQ+ books from their shelves after Putin signs harsh anti-LGBTQ+ law
The new law comes as conservatives in the U.S. push for schools to remove LGBTQ+ content from their libraries.
Ukraine’s only transgender correspondent has become a local legend
LGBTQ Nation correspondent Sarah Ashton-Cirillo may have moved into a new role, but she has significantly impacted the warzone.
Justice Neil Gorsuch angrily calls anti-discrimination training a “reeducation program”
"Like being taught not to discriminate against LGBTQ is the same as being sent to a gulag."
Lauren Boebert finally said something right about LGBTQ+ issues
Even a stopped clock is right twice a day.
Supreme Court Justice Samuel Alito gets laughs for KKK joke in LGBTQ+ oral arguments
"This would be a horrific statement from anyone, but it is especially egregious from a Supreme Court justice."
Gays Against Groomers spars with counterprotestors during its anti-LGBTQ+ rally in Florida
"Desantis' dangerous anti-LGBTQ politics and rhetoric have created an anti-LGBTQ hysteria we haven’t seen since the days of Anita Bryant."
Texas man faces federal charges after allegedly threatening to “burn” gender-affirming doctor
"You’ve woken up enough people. And upset enough of us," the man allegedly said. "You signed your own [death] warrant.”

The suspect accused of entering a Colorado gay nightclub clad in body armor and opening fire with an AR-15-style rifle, killing five people and wounding 17 others, was charged by prosecutors on Tuesday with 305 criminal counts including hate crimes and murder.

Anderson Lee Aldrich, 22, sat upright in a chair during the hearing and appeared alert. In an earlier court appearance just a few days after the shooting, the defendant’s head and face were covered with bruises and Aldrich was slumped over and had to be prompted by attorneys to respond to questions from a judge.

Continue reading...
The US supreme court is poised to strike another blow against gay rights | Moira Donegan

It’s not clear what, exactly, Lorie Smith’s problem is. The Colorado woman aspires to be a web designer; apparently, she’s also upset that gay people can get married. Smith is an evangelical Christian who says that her faith makes her object to same-sex marriage.

This wouldn’t be anyone’s problem, except that Smith lives in a state with a robust civil rights law, one that forbids business owners who make their services available to the public from discriminating. But Smith really wants to discriminate: she hopes to be able to turn away gay clients from her as-yet-hypothetical wedding website business; she wants to put a banner at the top of her business homepage proclaiming her unwillingness to design websites for gay weddings. The law would forbid this if she ever went into business, so she’s suing.

Moira Donegan is a Guardian US columnist

A Texas man has been charged with threatening a Boston doctor for providing medical care to transgender patients and gender-nonconforming children.

On Friday, the US attorney’s office in Massachusetts said Matthew Jordan Lindner, 38 and from Comfort, Texas, was arrested and charged with one count of transmitting interstate threats.

The Charity Commission has escalated its investigations into Mermaids, the regulatory body announced on Friday, responding to “newly identified issues” about the governance and management of the transgender children’s charity.

A statutory inquiry has been opened after an earlier lower-level regulatory compliance case launched in September in response to safeguarding allegations.

Some of America’s best-known drag queens are taking on extra security measures such as armed guards and metal detectors at shows after the mass shooting at an LGBTQ+ nightclub in Colorado last month, according to a report.

Yvie Oddly, the winner of RuPaul’s Drag Race reality TV competition in season 11 and a Colorado native, told NBC News her management company said to her this week that they had asked for more security staff to guard her shows and will check the audience for firearms.

The Out Loud Men’s Chorus, queer-affirming clergy and LGBTQ+ spaces have provided support after the Club Q shooting

Below the vaulted dome and dark wood beams of a church in Colorado Springs, a gay men’s choir rehearsed for a concert that’s taken on new meaning after an LGBTQ+ nightclub became the site of a gruesome shooting that killed five and wounded 17 last month.

Continue reading...
How I freed myself from inherited gender roles and stopped feeling unworthy of my own womanhood | Jeremy Moineau

I made the decision to start hormone replacement therapy (HRT) three years ago on Christmas Eve. I imagined I would feel unsure, or wildly different. But mostly, I just felt a warm wave of relief.

Actually, what I had imagined was some sort of Sailor Moon sequence. I would take an estradiol hormone pill and be whisked up into a whirlwind of colour before planting my feet down as queen of the cosmos.

A glitzy international film festival in Saudi Arabia has laid out the red carpet for a host of famed actors and directors, promising a “zero-censorship” event that will feature LGBTQ+ themes despite being held in a country where homosexuality is criminalised.

Only five years since the hardline Gulf monarchy lifted a decades-old ban on cinemas, the Red Sea international film festival launched 10 days of screenings on Thursday. Guests include the Lebanese actor and director Nadine Labaki, as well as fellow directors Guy Ritchie and the Oscar winner Spike Lee.

Nicola Sturgeon has described the concerns of a UN special rapporteur about plans to reform how people change their legal sex in Scotland as “not well founded”.

During a robust session of first minister’s questions, Sturgeon also said Shona Robison, the minister in charge of the controversial gender recognition reform bill, would meet the special rapporteur on violence against women and girls, Reem Alsalem, next week.

Continue reading...
Largest LGBTQ+ health center in US midwest to lay off 15% of staff

Howard Brown Health, a nonprofit community health center in Chicago that is the largest provider of health and wellness care for the LGBTQ+ community and people living with HIV in the midwest, has announced it wants to lay off at least 100 employees, or about 15% of staff.

The layoffs were proposed as voluntary in the first instance, but the company says “a reduction in workforce is required”, suggesting that if 100 volunteers are not found then layoffs will be compulsory. 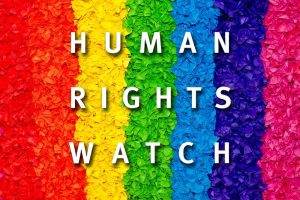 Proposed Japanese Fertility Law Discriminates Against Lesbians, Single Women
Click to expand Image Human rights activists Mamiko Moda and Satoko Nagamura with their son, who they had in Japan using a donor. © 2022 Private

A draft law that may be introduced in the Japanese parliament this month would prohibit doctors from providing fertility treatment to any woman who is not married to a man. The tentatively titled Bill on Specified Assisted Reproductive Technology, seen by Human Rights Watch, would outlaw artificial insemination and in vitro fertilization (IVF) for single women and lesbian couples. If passed, the law would legalize discrimination against single and lesbian women who wish to have a child.

Same-sex couples are not allowed to marry in Japan. In November, a Tokyo court upheld the country’s ban on same-sex marriage, citing the constitution’s definition of marriage as one between “both sexes.” In June, an Osaka court found the ban constitutional for the same reason. These rulings contrast with a March 2021 judgment in which a Sapporo court found the ban unconstitutional, describing it as “discriminatory treatment without a rational basis.” Despite the divergent decisions, the latest Tokyo ruling stated that Japan’s lack of legal protections for same-sex families violated their human rights and the Japanese constitution.

Until now, access to fertility services has not been explicitly banned for queer or single women.

"If this law had existed two years ago, we would not have our little boy. We want all women to be able to access their right to health care. Banning some of us won’t stop people from wanting a baby, it will just push it farther underground and make the process of acquiring sperm far more dangerous. This is not just an LGBT issue. It is a women’s health and safety issue."

Japanese lawmakers should amend the bill to ensure equal access to fertility treatment for all women, regardless of their marital status, sexual orientation, gender identity, or gender expression. They should introduce anti-discrimination legislation prohibiting future health policies that prevent single women and lesbian, bisexual, and queer (LBQ+) couples from accessing reproductive treatments, and provide public information on paths to parenthood for queer and single women, including information on adoption and reproductive services. Finally, they should pass an LGBT-inclusive parental recognition bill that explicitly recognizes the legal parenthood of non-gestational lesbian parents.