The Desperado Film Festival, an iconic staple of the Phoenix LGBTQ community for over 10 years, is back for 2020! It will combine the same fantastic LGBTQ filmmaking that you’ve come to expect with a modern streaming format that brings the wonderful stories to millions of homes. Keep reading to learn when and where to watch the Desperado LGBTQ Film Festival 2020!

When and Where Can I Watch the Desperado LGBTQ Film Festival 2020?

Phoenix’s best gay film festival kicks off on October 12th and runs through the 25th. You can get passes to attend different livestreamed events from the Desperado Film Festival Website. Three separate tiers exist for passes, granting you admittance to a single event, 5 events, or the entire festival. Check out Desperado Film Festival Online to get your tickets today!

What Can I Expect at the Desperado LGBTQ Film Festival 2020?

Beyond the short film events and numerous question and answer sessions with content creators, the real draw of the festival are the fantastic screening of feature films, including Breaking Fast, Cured, The Sound of Identity, and Out Loud (shown below)

Watch the trailers to get a glimpse of the wonderful productions offered during this amazing event. Learn everything else there is to know on the GayTucson Event Calendar. Get Your Tickets for the Desperado LGBTQ Film Festival today to get access to these great movies and so much more! 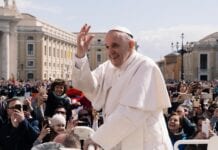 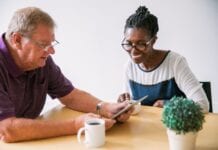 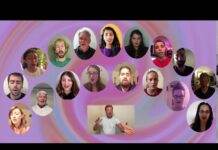 The Gift of Song from The Helios Ensemble