Oh my gosh oh my gosh oh my gosh! FINALLY Robin the Boy Wonder is Canonically Queer! For years, all the years since Robin came on the scene people have joked that he and Batman had a relationship. We don’t blame them, a younger ward under the tutelage of an older more experienced man… They did spend an awful lot of time sliding down bat pole together.

Over the years there have been several Robins by the Bat’s side, five to be exact. This version is Tim Drake, who has previously dated women but in a recent issue acknowledged his attraction to another man. In the recent issue of Batman: Urban Legends #6 Robin has a lightbulb moment while he’s fighting to rescue his old friend Bernard. The issue closes with Tim Drake being asked out by Bernard and Tim happily accepting.

Of course, not everyone is happy with this turn of events which is hardly surprising. Homophobes and the deliberately obtuse seem to be the only ones throwing a fit thankfully. No matter the version of Robin, the character has always been queer coded. Never more so than the New 52 incarnation of Tim Drake and his epic bromance with Connor Kent.

Being a bisexual male is less palatable to the American audience than a female apparently. This is exactly why representation matters so very much! The writer on the issue Mehgan Fitzmartin tweeted:

“You are so incredibly loved, and important, and seen. Forever grateful to be trusted with Tim Drake and his story and honored to work with the amazingly talented @Belen_Ortega and @loquesunalex.”

To Robin and To the Future

We’ll certainly be watching the adventures of Robin and Bernard, he’s now part of a small pantheon of DC’s out and proud characters. We fully expect them to break up at least once, the important thing to remember is that no matter which person/sex/gender Tim Drake dates, it’s doesn’t invalidate the others.

Bisexuals are often forsook within the LGBTQ+ community, we can be our own worst gatekeepers. You’re “greedy, indecisive, steppingstone to gay town, if you bi you lie,” these are all things bisexuals hear when trying to navigate dating within the community. If that sounds awful to you, well, it is. DC and its team handled this story so well we hope it continues to do so as they explore Robin’s story. 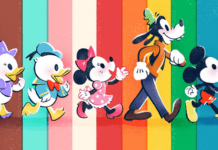 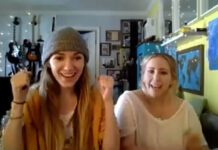 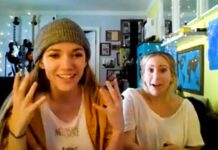