Home Blog His Name is Bio Hazard
I am really feeling the need to vent some feelings out right now. I recently received a text from someone I knew in my past. This someone I once called a friend, actually I considered him a brother…once.

He contacted me with a simple question asking if I had told or shared any information about him to a female classmate that he recently came in contact with and developed an interest in. That question came out of the blue, after 4 yrs of no contact.

Needless to say, I was not happy to receive this text.

He was someone who I met yrs before we actually became friends. He knew a classmate of mine from HS. Her and I were friends, but after HS grew apart. I ran into him a year or two after HS. We quickly became friends, started hanging out and  introduced him to my own circle of people.

He and I became something of two like minded twins. But like all twins, they don’t always share the same personality traits. He was young, beautiful and hetero. A young man growing into himself by living and experiencing life. I was, as I came to see later, someone to help him serve some purpose of his own. A short handful of yrs of what I thought were beautiful friendship…may have all been an actual lie.

The reason that I share these thoughts and feelings of doubt, are because several yrs ago. This friendship suddenly ended, without a word, hint or reason to my knowledge. It was over. I was cast a side. Apparently, I had served my purpose.

What were once daily phone calls and texts, suddenly stopped. The work-out buddy stopped coming or showing up. It ended…and all without an explanation to me.

Now that you have that general background history; you are up to date to with the present.

So back to my utter shock and disbelief of the sheer disregard to my person when str8 boy sends me THAT text. His concern is for himself and how he appears to someone else. Believe me when I say I didn’t just take this disrespect sitting down.

I called him out right then and there. I said is this the only reason you texted me now?!? long paused response, followed by one word; …no

I continued with all the inherited fierceness that my latin genes gave me and street smarts to know how to drive it home for the perfect onslaught of guilt and rightful shame, with just the right touch of closure for me.

He didn’t really give me an answer for his behavior of dropping me out of life, but as this point, I wasn’t expecting one.

So after cutting this douche bag verbally in all the right places. I remembered a younger me, who was too trusting of people, too giving and ended up being hurt…but also stronger. Another reason to celebrate the end of my twenties.

I look back and see how I have grown. I realized my heart and soul are treasure meant to be shared with those who are worthy of them. Not just in intimate relations, but in friendships as well.

So, can you relate to this all too familiar story?!?
and….can a 30 yr old still say douche bag? 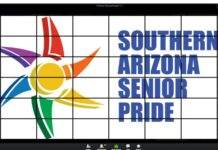 5 Fun Things To Do During Gay Pride Month 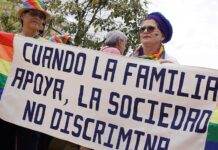