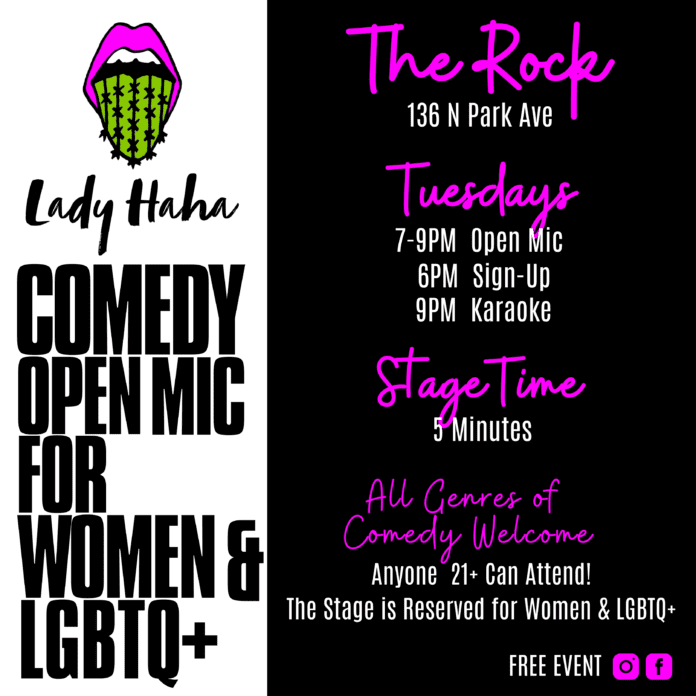 “What if a comedy open mic was actually fun?”

This was the question that local stand-up comedians Priscilla Fernandez, Mo Urban, and Amber Frame found themselves pondering. While each previously attended and performed at open mics for years, they were often disheartened. By the themes of misogyny, homophobia, and transphobia they encountered onstage. They were also aware of many folks who had an interest in trying stand-up comedy but were previously put off by the notion of hanging out in a scene that was even more cis-het male-dominant than the rest of the world. At best it just sounded un-fun; at worst, unsafe.

Enter, Lady Haha: A Comedy Open Mic for Women & LGBTQ+. Engineered by Fernandez, with support from Urban and Frame as co-producers, Lady Haha is the first of its kind in Tucson, and potentially the nation. While anyone can come and watch, stage time at Lady Haha is set aside specifically for those who find themselves to be the exclusion from traditional comedy spaces. The result is a mic where typically marginalized people find themselves front and center in a way that feels safe and fun.

The mic is unique in that it offers stage time not only to stand-up comedians. But also any comedic form. Clowning, dance, ventriloquism, rap, and poetry are just some of the acts that have graced the stage at the mic in recent weeks.

Lady Haha debuted with three mics – including a Halloween-themed costume party – at 191 Toole. But it recently found its forever home at The Rock. The Rock, under new ownership, has provided a warm and hospitable space for the comedians and audience. This includes scheduling the perfect event to keep the party going after the mic: karaoke.

It’s born of a desire to diversify the comedy scene in a welcoming way and provide creative opportunities for marginal people. Lady Haha has, in some ways, come up with something even simpler. A comedy open mic that’s fun.

Lady Haha runs every Tuesday at The Rock from 7-9 pm, with sign-ups at 6 pm. On December 9th, Lady Haha will host its first comedy showcase, at Arte Bella on 4th Avenue.

Lady Haha gives a HUGE thank you to Tony Ray Baker at GayTucson.com for being so generous and supportive. Tucson is lucky to have them! Please consider coming out to see us at The Rock on Tuesdays. 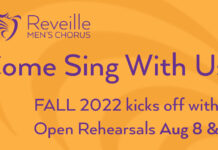 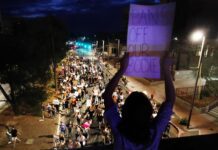 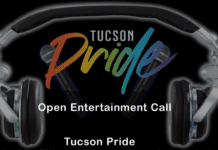